Food Cowboy is the embodiment of its dedicated, passionate people. Representing a wide range of industry expertise, Food Cowboy’s leaders are aligned in principles and share a common purpose to help alleviate hunger through food waste prevention 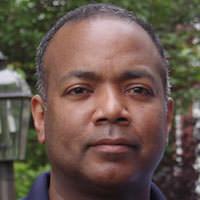 Roger Gordon, JD, MBA, is an experienced entrepreneur who has been involved in numerous ventures that overlap the public and private sectors. In 2014, Fast Company named him to its list of the 100 Most Creative People in Business. He has worked as a management consultant in London and Sydney and is the founder of the company that broke the bank monopoly on operating ATMs in the United Kingdom.

Roger has served on Human Rights Watch’s California Committee North and on the boards of Big Brothers/Big Sisters of San Francisco and the San Francisco League of Urban Gardeners. He holds an MBA from Kellogg and a law degree from Georgetown. While in law school, he clerked for future White House Domestic Policy Advisor Melody Barnes at the Center for American Progress, the House Judiciary Committee and the U.S. Attorney’s Office. 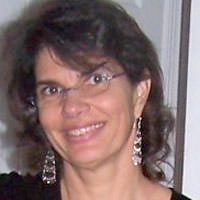 Barbara Cohen, Ph.D., MPH, a public health and nutrition expert, has addressed issues of hunger, food insecurity, nutrition, and the relationship between food and health outcomes, at both national and local levels. She was part of a small group of academic and policy leaders who worked to move the national discussion from one of hunger to food security and developed measures now used on national and international population- based surveys.

Barbara is also the author of the USDA’s Community Food Security Assessment Toolkit. Through this and other work she has trained community leaders in how to use basic evaluation tools to develop innovative programs to improve their local communities. She received her MPH from the School of Public Health at UNC Chapel Hill and her Ph.D. from the Heller School for Social Policy and Management at Brandeis University. 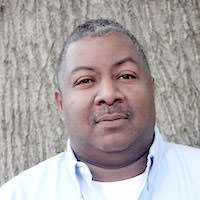 Richard Gordon, has over 25 years of experience as a trucking entrepreneur instructor-trainer, and terminal manager. He transported fresh produce almost exclusively for 16 years and has been called upon by FEMA to respond to every hurricane disaster since 1992. He spent six months on the Gulf Coast transporting humanitarian and oil field supplies after Hurricane Katrina and both he and Roger responded to Hurricane Sandy. Over the years, they have rescued many tons of fresh produce. 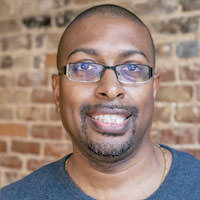 Jodessiah Sumpter, MBA is an experienced enterprise level software developer, technology innovator, published author and serial entrepreneur. He has won numerous awards in software and mobile application development, including from Home Depot, AT&T and SONY. He holds an MBA with a concentration in Information Technology from the University of Buffalo and a post masters degree in Marketing from the University of Dayton. 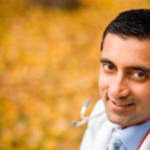 Dr. Jay Bhatt is a practicing physician and the Chief Health Officer for the Illinois Hospital Association. He previously served as Chief Strategy & Innovation Officer for the Chicago Department of Public Health. In addition to his medical degree from the Philadelphia College of Osteopathic Medicine, Jay holds an MPA in health policy from Harvard University’s John F. Kennedy School of Government and an MPH in health policy and management from the University of Illinois at Chicago.

Sam Burshtein Sam Burshtein is a management consultant and independent investor focused on innovation and early stage technology ventures. His has held roles in roles in software development and marketing, strategy consulting (including with the Boston Consulting Group), venture capital, and academia. Companies he has worked with as a founder, advisor or investor have created over $500m of capital market value. Sam holds a B.Bus in Finance (Distinction and University Medal) from UTS, an MBA in Strategy from Kellogg and an M.Sc in Bioinformatics from The University of Sydney. 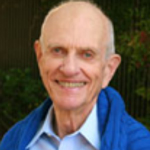 Peter Clarke is Professor of Preventive Medicine and of Communication at the University of Southern California (USC). Clarke’s current interests center on improving human nutrition. He co-directs (with Susan H. Evans) From the Wholesaler to the Hungry, which has received awards for public service from the U.S. Secretary of Agriculture and the UPS Foundation. The project has helped launch nearly 150 new programs that recover vast quantities of surplus fresh produce and direct these nutritious foods to low-income Americans. Last year, the programs captured almost 300 million lbs. of such “edible-but-not-sellable” fresh fruits and vegetables, distributing them in 44 states and the District of Columbia. 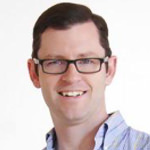 Tonio DeSorrento is General Counsel and Chief Policy Officer at Vested Finance, the next generation of student financing. Tonio previously served as an associate at Orrick, Herrington & Sutcliffe and as a Captain in the United States Marine Corps. He holds a J.D. from Georgetown and a bachelor’s degree from the United States Naval Academy. 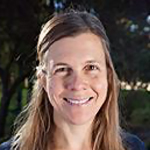 Amy Dickie is Director of Philanthropic Services at California Environmental Associates (CEA Consulting). Her work focuses on sustainable food and agriculture, conservation, and climate change mitigation. She also currently serves as Deputy Director for the Global Cool Cities Alliance, a non-profit organization she helped develop and launch. Prior to joining CEA, Amy helped build Investors’ Circle, a national network of angel and institutional venture investors. Amy has a bachelor’s degree in History (Phi Beta Kappa) from Stanford University and an MBA from the Haas School of Business. 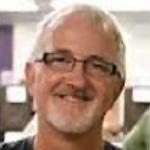 Robert Egger is a noted author and hunger activist and the founder of DC Central Kitchen, the country’s first food rescue kitchen. Since its opening in 1989, the Kitchen has produced over 26 million meals from food donated by local restaurants. Robert is also Founder and President of L.A. Kitchen, which will recover fresh food from Southern California producers and wholesalers for use in culinary arts job training programs for young people and ex-offenders. 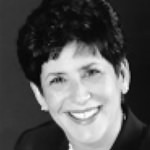 Susan Evans is a research scientist at the Annenberg School for Communication and Journalism. She has a long-standing interest in using communication technologies and strategies to improve public health, especially people’s capacity to avoid or manage chronic illnesses. Her current research focuses on developing and testing a mobile phone app to help low-income people use fresh vegetables distributed by food pantries. This work is supported by the U.S. Department of Agriculture and builds on her years of experience working with food banks across the country, helping more than 150 organizations launch programs to distribute fresh produce. 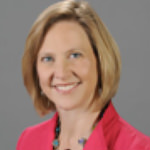 Elizabeth (Beth) Johnson, MS, RD, is the founder of Food Directions, a boutique government relations firm specializing in food policy from farm to fork. She previously served as Executive Vice President for Public Affairs for the National Restaurant Association, Acting Under Secretary for Food Safety at USDA, and as a staff member at the U.S. Senate Committee on Agriculture, Nutrition and Forestry. Johnson is a member of the Institute of Food Technologists (IFT), serves on the National Food Policy Conference Advisory Committee and Food Research & Action Center (FRAC) host committee. She holds a BS in Dietetics from Ball State University and an MS in Nutrition from the University of Maryland. 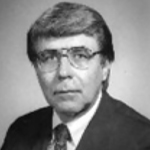 Professor Labuza is Morse Alumni Distinguished Teaching Professor of Food Science in the Department of Food Science and Nutrition at the University of Minnesota. With over 25 years of experience in time-temperature integration, he is the author of over 215 scientific refereed research articles, the holder of seven patents in food technology and one of 100 most frequently cited scientists in the area of Agriculture and Food Science. Among his accomplishments is developing food safety systems for the Apollo moon landings. Ted earned a Bachelor of Science and Ph.D. in Food Science at MIT. 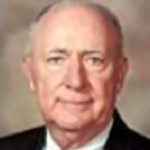 General Michael P. Mulqueen, USMC (Ret.), led the Greater Chicago Food Depository for 15 years. Under his leadership, the Depository developed innovative new services, including fresh produce program, and grew to become one of the largest food banks in the United States. Today, the Food Depository distributes 66 million pounds of food annually, including more than 21 million pounds of produce, to 650 pantries, soup kitchens and shelters in Cook County. 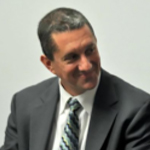 Michael D. Ostrolenk, a social entrepreneur, is a leading expert in the field of transpartisan public policy. He has successfully convened policy initiatives in the areas of transparency, privacy, defense, foreign policy and national security. He is also the Program Director and Master Coach for SEALFIT’s Unbeatable Mind Academy a world-class leadership and personal development training program created by Navy SEALs. 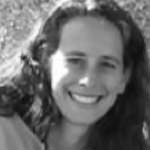 Kai Robertson is a corporate social responsibility consultant who focuses on sustainability issues. Hers specialties include developing effective strategies for engaging with external stakeholders and developing partnership to address emerging issues. She previously led Business for Social Responsibility’s global Beverage & Agriculture advisory practice. Kai has also held positions with the World Wildlife Fund, Conservation International, the Environmental Working Group and the Food Marketing Institute. She holds an MBA from Kellogg.